What do animals get up to after dark? It’s a simple question, but the answers are surprisingly hard to find.

Humans are hopeless at night. Virtually blind and scared witless by strange sounds, most of us head indoors once the sun sets, the mosquitoes emerge and our body clock starts counting down. 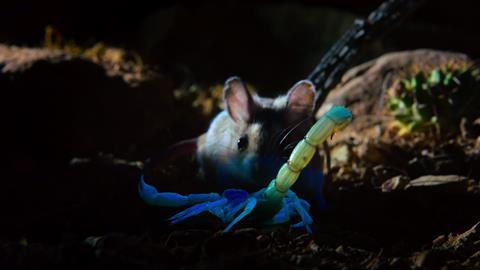 Cameras – until recently – haven’t fared much better. When I first filmed in jungles in the 1990s, Super 16mm film went up to 400 ASA, so even day filming was ruled out by cloud cover under the dense forest canopy. Filming at night meant using either bright lights that scared away the wildlife or infrared that rendered everything black and white.

Seven years ago, the arrival of an HD thermal-imaging camera revolutionised night filming. But it was only when Sony released the A7S II – which can film UHD, in colour, at 80,000 ISO (the direct equivalent of ASA) – that we finally had the tools to explore after dark.

Netflix commissioned our series believing that the promise of lifting the veil on the nocturnal world would make up for hours of dark and possibly grainy shots. For a platform obsessed by image quality, this was quite a leap and necessitated plenty of tests and some unique waivers to be signed for these cameras to be used. But the commissioners knew this was a chance to enter a new world. 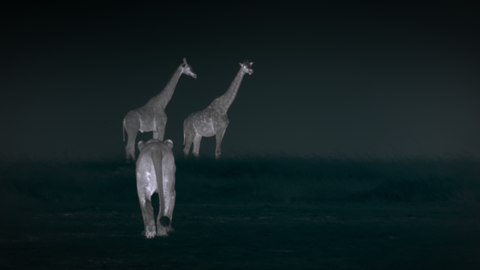 We soon discovered that while the A7S II is remarkable, it has limitations. On an early shoot in Mexico’s Yucatan Peninsula, we worked out we could film on four nights either side of the full moon – while the moon was up and so long as there was no cloud. (A full moon is 400,000 times dimmer than the sun, and on any other night, it’s much darker than that.)

We did not have long to film behavioural sequences but the images of bright pink flamingos active at midnight were stunning – and it remains one of my favourite sequences.

We also found that the long lenses, slow-motion and back-lighting so loved by natural history camera operators were all out of the question, but the excitement of venturing into the dark frontier made up for it.

New research suggested that cheetahs weren’t as restricted to daytime as previously thought – and we obtained ground-breaking footage of their nocturnal activities. After years of GPS tracking, it was the first time an excited scientist could see what they were actually doing. 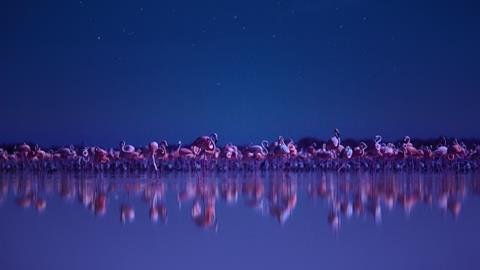 Great white sharks were thought to be daytime creatures, but in South Africa, we found them hunting seals silhouetted by the lights of a coastal town. In Argentina, we filmed a glowing frog new to science. The researchers who discovered this ‘living light’ phenomenon still don’t know why they do it.

There were other surprises, too. In Brazil, our quest to find out what jaguars do at night resulted in the remarkable sequence of an ocelot (the jaguar’s smaller cousin) stalking the treetops. When an experienced camera operator suggested she take the thermal-imaging camera high into the canopy of the Bornean rainforest “to see what’s going on”, it prompted an expensive gamble – and produced a jaw-dropping result.

Bill Markham – My tricks of the trade 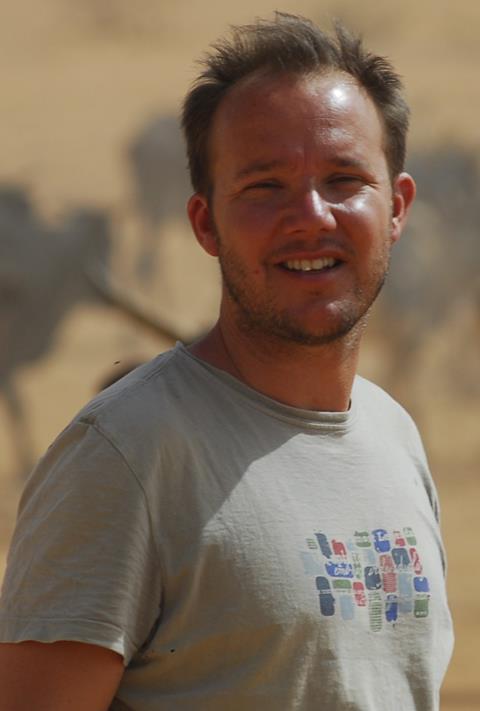 In Norway, we captured orcas signalling to each other with bubbles illuminated by the lights of fishing boats. We got cocky – putting night cameras in car-mounted gimbals and even in heavy-lift drones to follow fast-moving and elusive creatures, revealing their nocturnal habits as cinematically as we could.

Risk assessments – and natural curiosity – meant multiple WhatsApp groups running 24/7. Over 12 months, in which we undertook 60 shoots in 30 countries, a steady stream of messages bemoaned the difficulties of working at night: mosquitoes, body-clock issues, inability to see beyond the frame, and did I know that x, y or z actually sleeps at night? You also find that end-of-play glass of beer doesn’t look so good when you’re wrapping at breakfast.

People were leaving their comfort zones and entering the danger zone: on foot with grizzlies, out in the freezing cold with polar bears, underwater with sharks and on beaches with vampire bats – all in the dark.

Miraculously, we avoided any serious incidents. Almost everyone came back having had a new and exciting experience and, more importantly, with something new and exciting in the can. The series feels as fresh and distinctive as we’d hoped.

CHOOSING THE RIGHT KIT FOR A NIGHT SHOOT 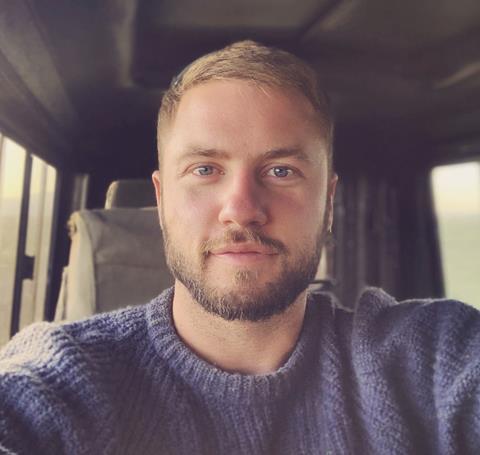 Filming at night demanded an array of cameras for a range of conditions and animal behaviours.

In Peru, our goal was to film vampire bats hunting fur seal pups. With hundreds of potential victims stretched out over kilometres of beach and a predator no bigger than your hand, you need a camera with plenty of flexibility. The Leonardo Merlin thermal-imaging camera was perfect for the job, operating in total darkness with a zoom of up to 800 metres.

We used the Merlin to film larger predators too. Lions prefer to hunt when there’s no moon – they have night vision six times better than our own. The coastal wolves of south-east Alaska are some of the most elusive animals in the world, living in deep glacial valleys under cloudy skies, and the Merlin allowed us to film them searching for salmon.

For the first time in a wildlife series, we deployed a ‘thermal drone’. With a take-off weight of 16kg, the DJI Matrice 600 Pro allowed us to fly a state-of-the-art thermal camera across the night skies of Chile, and to appreciate a mother puma’s mighty task as she headed out to hunt.

Thermal imaging won’t work underwater, so in Norway’s fjords, we chose the Red Gemini. Each night, thousands of tonnes of herring rise from the depths to feed and the sound of the local fi shing fleet’s whirring nets is a dinner bell to passing orca. With its large sensor and dual ISO sensitivity, the Gemini could film slow motion at up to 5K, allowing us to capture these awesome animals in all their glory. 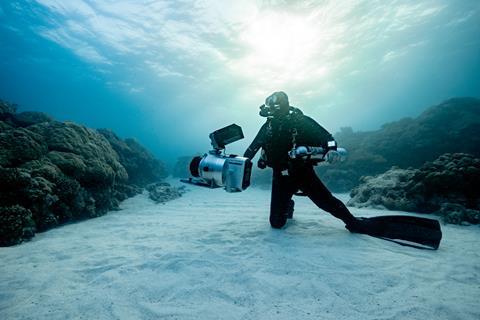 For many of our city shoots, we used the Panasonic Varicam LT. The extremes of bright streetlights and dark shadows can make things tricky but the LT’s dual sensitivity and high-dynamic range gave us the flexibility to pull out great images.

The Sony A7S II is considered to be the best UHD moonlight camera around, but it can be improved. If you replace its internal infrared filter with a clear one you can get an extra 1.5 stops of light sensitivity. Pair this with a fast prime lens like the Canon 400mm f2.8 and you can film UHD colour images – by moonlight. Just wait till you see our flamingos.