Grant Mansfield, CEO and Founder of Plimsoll Productions, an ITV Studios company, has been appointed a Visiting Professor for the College of Arts, Technology and Environment at the University of the West of England (UWE Bristol).

In his new role Mansfield will be working with the University to help inspire the next generation of programme makers.

He said: “UWE Bristol is a wonderful University where it’s my privilege to serve as a Board Member and now a Visiting Professor. Under Professor West’s leadership, links with employers have been significantly strengthened, benefiting students as they seek employment: in my new role, I hope to highlight pathways, opportunities and the skills required for a career in the creative sector.”

Vice-Chancellor of UWE Bristol, Professor Steve West, added: “We’re honoured Grant is joining us as a Visiting Professor at UWE Bristol; as a Bristolian who has seen worldwide success within his industry his insight and exceptional talent will be invaluable to our students and staff.”

Mansfield founded Plimsoll in 2013 and the company has grown rapidly since with a total workforce of more than 400 across its officers in Los Angeles, Bristol and Cardiff. Plimsoll’s BAFTA, Academy and Emmy Award-winning team specialise in wildlife, documentary, live and factual entertainment shows and is a global leader in natural-history programmes.

Before that, as Head of Programmes at Granada TV, Mansfield was responsible for the launch of I’m a Celebrity Get Me Out of Here.  He began his career at the BBC, first as a TV news reporter and later as the creator and producer of some of the corporation’s most popular documentary series, including Driving School and the long running Vets in Practice.

Grant Mansfield was also one of one of eleven recipients of Honorary Degrees awarded by UWE Bristol in July 2022. 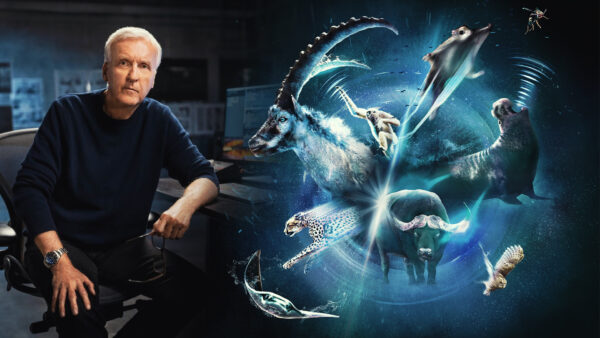 James Cameron turns to Earth before release of new ‘Avatar’