There is plenty of entertainment to be found in the three-part documentary Makeup: A Glamorous History (BBC Two), which began last week with the Georgians. Mostly, that’s been down to the surprising gruesomeness of the seemingly benign world of cosmetics. The celebrated makeup artist Lisa Eldridge, who presents here, has a knack for casually dropping in details that don’t so much require a double-take as a full Exorcist neck-swivel. “At least it’s not bear fat,” she says, as her model’s hair is styled to the skies. “It could be made with talc, flour or even bones,” she says, of an early face powder.

This week, for episode two, Eldridge delves face-first into the Victorian era, which throws up a particular challenge. The 1800s favoured a fresh, “natural” feel; a no-makeup makeup style – the kind of look that boybands still claim to prefer today. Painting your face was a sign of being an actress or a sex worker; the two were barely distinguishable. At the behest of their husbands, the women of the growing middle classes were supposed to opt for a plain face that left no possibility that they may be living a “sinful” life. So how to present an episode about makeup in an era where makeup was largely pushed to the margins, and considered to be vulgar?

Eldridge says that makeup tells us as much about a historical era as art, architecture and food, and it certainly shines a different light on such aspects of life as gender, race and the galloping pace of industrialisation. While the gruesome and occasionally highly toxic ingredients have not quite disappeared at this point – an attempt to recreate a cold cream wisely substitutes almond oil for what would have been “liquid wax from a sperm whale’s head” – this is a well-told story of women finding covert means to do themselves up.

The most jaw-dropping moment here – and there are plenty – is when Eldridge reveals that tuberculosis was considered to make women more beautiful. In the early stages of consumption, sufferers might be feverish and flushed, or, in the eyes of a visual optimist, dewy and glowing, which surely made that early, painful death just a little more palatable. She cleverly draws a parallel with the 90s vogue for “heroin chic”, and so much of this series suggests that despite the absurdities, even the most morbid trend is very often cyclical.

On the topic of morbid trends, in certain garrison towns a woman wearing makeup could be picked up by the police on suspicion of plying her trade as a sex worker, the reason being that syphilis was “absolutely rife” and makeup might be covering up telltale marks and sores. If they were arrested, they faced imprisonment and brutal internal examinations. Anyone expecting a frivolous documentary about blusher may well be surprised.

The Victorians’ obsession with “science, hygiene and conformity” created another black mark against makeup, because a fully made-up face was assumed to be dirty. The story takes a turn into economics, as manufacturers began to mass-produce soap and toothpaste. Eldridge tries a recreation of a cherry toothpaste that predated the notion of a minty fresh mouth. “I can smell the cuttlefish, that’s for sure,” she says, a phrase that made me want to brush my teeth with minty modern toothpaste immediately. But it had the effect of making cosmetics more socially acceptable; even plain Queen Victoria sought out face powder to cover up her sunburn.

Victorian marketing sounds wild. The bind of being pretty enough not to “need” makeup while also being told that if you are not pretty enough, you will never get a husband led to some aggressive sales techniques. The beautician and con artist Madame Rachel made a living selling “face enamelling” to rich women, an expensive process that Eldridge likens to an Instagram filter, by telling them that without it, they would lead a “sad, solitary life of celibacy, unloved, unblessed …”

This is an elegant, detailed history of a fascinating subject that casts its gaze across far more than hair and beauty. As well as arming viewers with an array of facts, Eldridge tries her hand at recreating some of the more out-there home concoctions, and applies the fashions of the era to her model, Queenie. Queenie says little, but when she does, she is in danger of stealing the show. “It would make me look like a potato,” she says, quietly, pondering one fashion of the era. Next week, Eldridge moves on to the 20th century, when stars were made on screen, and what we put on our faces changed yet again.

James Cameron turns to Earth before release of new ‘Avatar’ 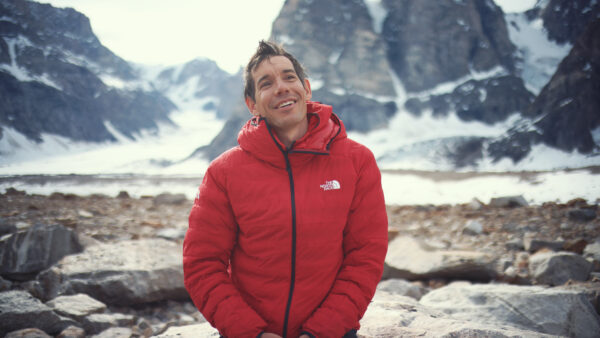 Alex Honnold just led the first ascent of one of Earth's tallest Arcti ...